Positioned only 11 miles north of everything Charleston, SC has to offer, exclusive Dewees Island beckons. Consisting only of a few hundred home sites and a large nature preserve, visiting the island is like stepping back in time to a seaside Lowcountry landscape unspoiled by development or commercial property. Sandy beaches, rolling breakers, and verdant wildlife—Dewees Island, SC Real Estate offers the opportunity to experience this jewel of the southeast firsthand. Explore available properties, and learn more about this community below.

Homes For Sale On Dewees Island

Search For A Home On Dewees Island

Long used by South Carolina’s Native Americans as a hunting ground, Dewees Island has largely fallen under private ownership from the colonial era up until the late 1980s. Separated from the Isle of Palms by a small inlet to the south, Dewees is currently only reachable by ferry or private boat. With no stores, restaurants, or other commercial properties, the island is a true retreat from the bustle of everyday life.

The combination of low traffic and extremely limited residential development means Dewees Island is perhaps the last untouched sea island on South Carolina’s internationally renowned Atlantic coast. With much of the island consisting of untouched forests and salt marshes, wildlife abounds. Together, the serene landscape and prohibition of gas-powered vehicles makes for an unforgettable refuge. 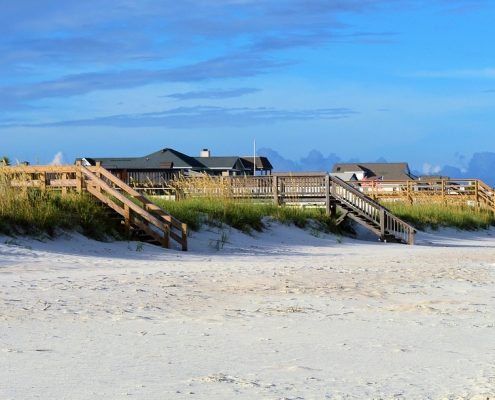 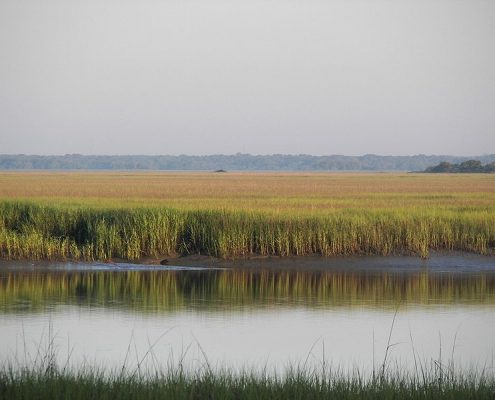 In line with the island’s ethos of conservation, all Dewees Island real estate must conform with strict building regulations. All homes are constructed with height restrictions, footprint limitations, and vegetation conservation in mind.

The result of these building efforts? The homes for sale on Dewees Island are unlike any other found in the Lowcountry. Melding into the beautiful surrounding landscapes and vistas, these homes include eco-friendly features and are designed to be energy efficient. For homebuyers interested in true, unspoiled beach living, Dewees offers unmatched beauty and relaxation. Contact Jimmy Carroll today for help buying or selling a home!

Reviews on Zillow
1531590
“Jimmy was very patient with us as we went through a long process of finding a home. We had one home fall through after inspection and he took it in … more “

5.0/5.0
by troy owens
1744717
“We asked Jimmy to find a house on IOP for us within a defined few blocks in which no houses were for sale. He contacted all the homeowners and, over a … more “